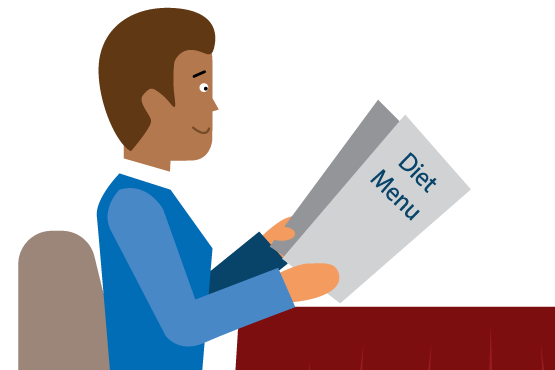 It seems like every week, there’s a new hot food trend gaining traction. While most of these trends rise up and then fizzle out within a matter of a few months, many others have real staying potential and can last decades. As a pizzeria, your focus should be on targeting these hugely influential dietary trends before they disappear.

With that being said, here is a list of the five hottest dietary trends that are sure to dominate 2021. If you don’t alter your menu to accommodate these trendy diets, then you’ll be missing out on some big selling potential.

While the number of people becoming vegetarians or vegans continues to grow steadily, there are a lot of people who are instead choosing what is known as the “flexitarian” diet. This means that an individual largely avoids eating meat products, with the occasional exceptions of fish or small amounts of other meat. Examples of this vary from simply observing “Meatless Mondays” to consuming meat only as an occasional treat.

Since one in three Americans now identify as flexitarian, it’s in your best interest to take advantage of this movement and start offering more menu selections containing very little or no meat.

Whether you want to refer to it as lazy keto, keto lite, or some other name, this slightly altered version of the massively popular keto diet is currently taking the world by storm. Traditionally, keto involves eating low levels of sugar and high amounts of fat, often reaching upwards of 70% of their daily food intake. But there are a lot of people who have adjusted this strict diet to allow for less fat and more protein, while still putting an emphasis on minimal carbs and sugars. This is often called “lazy keto,” and can be catered to by offering things like cauliflower pizza crust and menu items that are low in carbs.

Unlike many other diets, which are often propped up by flimsy data, the Mediterranean Diet is actually supported by genuine scientific research. It has been shown to significantly lower a person’s chances of developing cardiovascular disease, which is why so many people are jumping at the chance to try it. To get in on this diet, you’ll need to start offering dishes high in healthy fats, such as Margherita pizza or California-style pizza with avocados.

Does pizza with avocados sound weird to you? Wait until you check out these other unique pizza styles from around the world.

DASH stands for “Dietary Approaches to Stop Hypertension.” With heart disease and stroke being the two leading causes of death for Americans, it’s no surprise that the public would be looking for a diet that is specifically aimed at lowering the risk of high blood pressure and cardiovascular issues. While not nearly as restrictive as most other diets, it does specifically target sodium as a problem area and restricts daily amounts of it to 2,300 mg or even less. Offering low-sodium menu options can be a great way to appeal to anyone following the DASH diet.

Irritable Bowel Syndrome (IBS) is something that impacts roughly 10 to 15% of the population, which means that a sizeable portion of your customer base likely suffers from IBS symptoms. In order to combat this, a lot of people are starting the Low FODMAP diet, which is the only diet that is clinically recommended to help relieve IBS symptoms. It does so by limiting foods that contain short-chain, poorly absorbed, highly fermentable carbohydrates, which are known as FODMAPs.

Be on the good side of customers with IBS by offering menu options that don’t include a lot of onion, garlic, cauliflower, mushrooms, wheat, milk, most cheeses, honey, and other items that fall into one of the banned ingredient groups. Unfortunately, this rules out most pizza options, but there is still the option to offer gluten-free pizza with feta cheese or some appetizers that don’t include any of the problem ingredients.

By expanding or refining your menu to include items that meet these diet restrictions, you’ll maximize the number of people that can enjoy your food. You’ll also gain access to a more niche customer group where there is far less competition. For more ideas on what you can do in 2021 to gain a competitive edge, check out our blog post about 2021 delivery and pizzeria technology trends.

How To Prep Your Restaurant for a Photoshoot

The People Behind Your Pizzeria: Pizza Industry Employment Report